EFFECTUS is a CULTURAL ASSOCIATION whose key objective is the development of the art of SPECIAL MAKE UP EFFECTS in all its aspects. Formed by professionals, students and amateurs, it was born from a collective need to meet, meet each other, exchange techniques and create a NETWORK, within the spirit of international artistic sharing.

The Association takes care of all the disciplines that compose the universe of Special Make Up Effects: sculpture, mould making, prosthetics, make-up, masks, animatronics, puppets, face and body painting for television, cinema and theater.

EFFECTUS also wants to be a comunitary tool that promotes different activities including:

One of the main activities of the Cultural Association EffectUs is the organization of the EFFECTUS EVENT, a national event which made its debut in 2015 in Rome, and is now moving towards its sixth edition in September 2020. EffectUs is an event that puts in close contact all the Special Make Up Effects universe: material suppliers, industry workshops, producers, professionals, schools, students, amateurs and movie lovers, creating unique interactions, future collaborations, job opportunities and artistic and professional growth.

This unique event is a mixture between an artists meeting, training opportunities and exhibition and trade spaces.

Among the EffectUs Event’s SPECIAL GUESTS there have been several names from the national and international panorama:

EDITION 2019 Lorenzo Tamburini italian artist among his works we remember the TV programs Mai dire Gol, Quelli che il Calcio, that he has been Prosthetic Sculptor and Prosthetic Make up Artist for Pan Labyrinth, Thor 2, WWZ, The Guardians of the Galaxy, Tale of Tales and Prosthetics Designer for films such as Ben Hur, Il Traditore, Trust and Dogman which earned him a David di Donatello and an EFA; David White Special Makeup Effects Designer from England he founded Altered States FX, among his works: Guardians of the Galaxy, Maleficent 2 (Mistress of Darkness) and a prequel to Games of Thrones; George and Roulios Alhazous, founders of the Greek Alahouzos Studio FX. Their work appeared in hundreds of films and TV productions both local and international; Lisa Carracedo she has worked for more than 10 years in the painting and hair department at Madame Tussauds in London. Specialized in the work of hairstyles and furs for the prosthetic department and creatures . She has worked on films such as Hell Boy 2, Wolfman, Harry Potter, Thor 2, Guardians of the Galaxy, Dark Crystal, Fantastic Mr Fox, Frankenweenie and Isle of dogs.

EDITION 2018 Ivan Poharnok of the Hungarian Filmefex Studio among the many projects in Hollywood and Europe, we remember Underworld and Alien vs Predator. The co-authors of Leading Ladies of Makeup Effects: Gary Christensen, designer and make-up teacher in various colleges including: California State University, Fullerton and Riverside City College, as well as backstage columnist for Makeup Artist magazine and Patricia L. Terry, theater director , who was the artistic director of the Orange County Repertory Theater in Orange County, as well as the artistic director of the Pandemonium Word Ballet and the Literary Circus. Javier Coronilla, Animatronic Designer of the Spanish Robots can Cry, among his works: Frankenstein, Star Wars VII: The Force Awakens, Rogue One: a history of Star Wars, Star Wars VIII: The Last Jedi, Seven Minutes after Midnight. Clinton Aiden Smith of South African Cosmesis Studio, among his works: The Dark Tower, Mad Max Fury Road, The Last Home on the Left, Resident Evil Final Chapter and as an independent artist collaboration on Guardians Of The Galaxy and World War Z.

EDITION 2017 Rogier Samuels, Dutch special make-up effects artist whose collaborations include Weta Workshop, for the Lord of the Rings trilogy and The Hobbit, he’s also co-founder of the workshop Unreal, among his works there are titles such Penny Dreadful, Frankenstein’s Army and the Western Brimstone; Göran Lundström make-up FX Artist founder of EffektStudion in Sweden, in his career he collaborated with icons such as Rick Baker, Jim Hensons Creature shop, Stan Winston Studios / Legacy Effects, KNB FX. In his CV we can find titles such as Rogue One, Star Wars – The Last Jedi, Harry Potter and the Deathly Hallows, The Chronicles of Narnia – Prince Caspian, Xmen – First Class, The Girl with the Dragoon Tattoo, The Beauty and the Beast, the TV series Genius; Daniele Tirinnanzi, Italian special make-up effects artist currently based in LA, his works include Grimm, Criminal Minds, Curse of Chucky, X-Men -First Class and Grey’s Anatomy.

EDITION 2016 Giannetto De Rossi, Italian make-up artist who counts in his career titles such The Gattopardo by Visconti, Once upon a time the west of Sergio Leone and Dune of Lynch; Jörn Seifert co-founder of the German Twilight Creation whose work we remember the Ghame of Thrones and Harry Potter The Deathly Hallows; Giulio Pezza Italian make-up artist of the famous TV series Gomorra; Cliff Wallace, British makeup designer that we remember for titles such as Black Hawk Down by Ridley Scott and Hellboy 2 The Golden Army by Guillermo del Toro and Steve Painter, who is also British, we remember him for titles like Clash of Titans, Hellraiser 2 and 3 and Gladiator.

EDITION 2015 Sergio Stivaletti, famous Italian artist who boasts collaborations with some of the greatest Italian directors such as Dario Argento, Lamberto Bava, Gabriele Salvatores and Michele Soavi; Luigi Rocchetti, renowned for his work as Gangs of New York, The Devil’s Avvocate and Ben Hur; Neill Gorton, popular British Special Make-up Artist, creator of characters and creatures for TV series like Doctor Who, Torchwood, Critical, Being Human and films such as Saving Private Ryan, and the Makinarium Team, led by Leonardo Cruciano, author of the creative process and the realization of the Special Effects both of Make-up and Digital on the film by Matteo Garrone Tale of Tales.

Valentina VisintinFounder
She took part in important film and television productions such Game Of Thrones (HBO), Ben Hur (MGM), Guardians Of The Galaxy, Tale Of Tales, Cloud Atlas, Prometheus, X-Men First Class, Harry Potter 7 and many others.
She is the mind behind the project EffectUs, a Cultural Association born from an online community for Italian FX artists, with the goal to incentivise the collaboration and the exchange of knowledge and techniques between artists.

Giulia GiorgiFounder
Active in the Italian independent movie industry, spanning from make-up SFX, to body painting, to extreme hair styling. She founded the movie production Baburka Production and she is responsible for the lab section “Factory” dedicated to SFX, costumes and set deign. She is one of the founders of EffectUs,and promoter of the Il Cartello degli Indipendenti. Among her cinema credits she has been SFX designer for Ruggero Deodato’s episode in The Prophan Exhibit, Deadblood by Pietro Tamaro, Let me Out by Riccardo Greco, Rimbalzello by Nour Gharbi, Ebola by Christian Marazziti, GoHome by Luna Gaulano , Cattivo Sangue by Simone Hebara, 9 Lune e Mezzo by Michela Andreaozzi, and among theater works she has been makeup and wig designer for Cats the Musical, the steampunk version by Operà Populaire.

Luigi D'AndreaFounder
Always been passionate about cinema, in 2006, he began his career as Special FX Make Up Artist. Known for giving birth to the first Italian Werewolf, more than two meters tall, made for the short “Versipellis” by D. Della Pepa, he has also collaborated in national and international productions, including “We Credevamo” by M. Martone, the Turkish film “Veda” by Z. Livaneli, the TV series “I Borgia”, “Il Racconto dei Racconti” by M. Garrone (awarded for the best makeup at the 60th edition of the David di Donatello), “Ben Hur” by Timur Bekmambetov and “Assassin’s Creed” by Justin Kurzel. 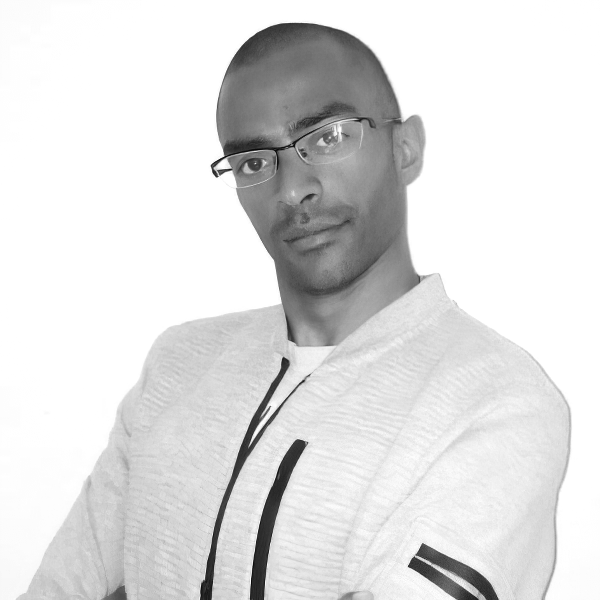 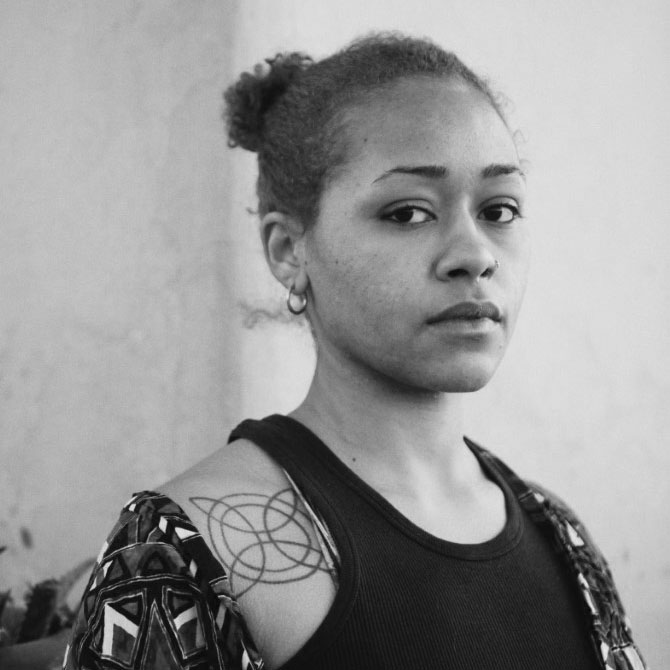 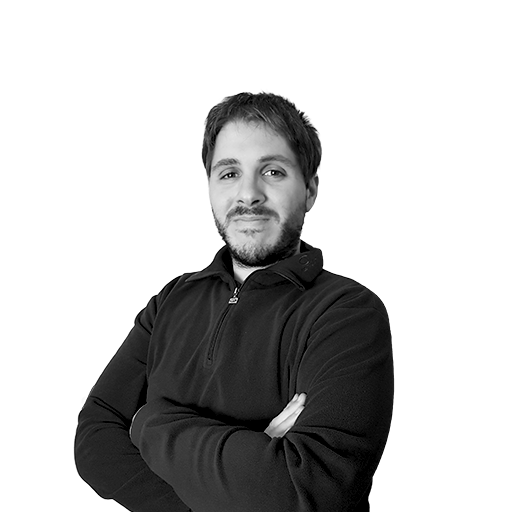